Mystical Kenya offers a huge amount of diversity of activities, scenery, wildlife, culture, and beaches making it a deeply rewarding place to travel. Located on the equator, it makes for a perfect climate year round. Kenya holds a great range of natural ecosystems, harboring a huge variety of wildlife, making it the ultimate safari destination. It is truly a melting pot of cultures, from the Arabic influences on the coast to the fascinating Masai and flamboyant Samburu people who reside in the North. Kenya is perfect for those wishing to learn about local traditions still practiced by its beautiful people.

Kenya has one of the best climates in the world with sunny, dry days and daytime temperatures averaging between 68 – 80 degrees. June, July and August are traditionally the coolest of the year in Kenya, often described as the winter by the locals. It’s also considered the tourist high season with thousands of visitors flocking in to witness the Great Wildebeest Migration.

Long rains are typical of March and April which has come to be known as the green season. While tourism is generally lower in this timeframe, some experts argue it is in fact the perfect time to explore Kenya due to beautifully clear air, lush landscapes, spectacular skies, and abundance of wildlife, creating a sense of privacy and exclusivity.

To the north-east of the Great Rift Valley, and north-west of snow-capped Mount Kenya, the high plains of the lesser-known Laikipia Plateau, quickly becoming one of Kenya’s top safari destinations. Formerly a mosaic of private ranches, and still an important livestock district, Laikipia is now where some of Kenya’s most encouraging conservation efforts are being held. The environment here is managed to protect the wildlife, to promote a personal and small-scale approach to adventurous and often luxurious safari tourism. Home to the Big Five, you’ll also be able to find a wide selection of other African animals including zebra, giraffe, hippo, cheetah, jackal, serval, hyena, vervet monkey, and many more.

Lake Naivasha is one of the Rift Valley’s few freshwater lakes and is very popular with Nairobi residents as it is only around an hour and a half ’s drive from the city. Hugely picturesque, with its purple mountain backdrop and floating islands of papyrus and water hyacinth, the pleasant lush green surrounding of the lake have made it popular for one night safari stopovers and there are now many different lodges to choose from on the lake shores.

South of Nairobi, Amboseli National Park is the second most popular wildlife area in Kenya, famous for its large population of over 1000 resident elephants and for its scenic beauty with the backdrop of the world’s highest free standing mountain, snow-capped Kilimanjaro. The lush green wetlands in this otherwise dry area make Amboseli National Park one of the best wildlife-viewing areas on the planet, attracting over 600 species of birds including pelicans, kingfishers, crakes, hammerkops, 47 types of raptors as well as the African elephant, cape buffalo, impala, hyena, giraffe, zebra, gazelle and wildebeest with lion and cheetah among the big cats that roam the area. Amboseli opens your eyes to Africa’s vast space: a photographer’s paradise.

Maasai Mara might be the most well known game reserve in Kenya. Set at nearly 2000m above sea level, the reserve is a great wedge of undulating grassland in the remote, sparsely inhabited southwest of the country, right up against the Tanzanian border and, indeed, an extension of the even bigger Serengeti National Park in Tanzania. No trip to Kenya would be complete without a visit to the Masai Mara – the jewel in Kenya`s crown. This iconic game reserve is Kenya’s biggest draw card, instantly recognizable from films and nature documentaries, with its vast open plains and large herds of animals which can be found here. 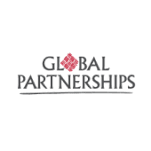 We believe that to travel responsibly, a portion of our tour cost should benefit communities where it’s most needed. For this trip, we will donate to Global Partnerships—which invests in microfinance institutions, social businesses, and cooperatives in Kenya and other countries in Sub-Saharan Africa.